General theme of the symposium: DIVERSIFYING FOOD SYSTEMS FOR HEALTH AND NUTRITIONAL SECURITY

The 13th International Symposium on Buckwheat (ISB) and the General Meeting of International Buckwheat Research Association will be held at Cheongju and Bongpyeong, South Korea, in September 7-11, 2016

The oral presentations presented at euro-ibra 2015 have been made available in PDF format.

The European Regional IBRA Meeting, held from 10th – 12th December 2015 at the Luxembourg National Museum of Natural History, has been a success.

34 participants from 11 European countries and Japan have presented and discussed their latest research concerning Fagopyrum esculentum and F. tataricum in the fields of Agronomy, Culture, Gastronomy, Genetics, Health, History and Nutrition.

A blin (pl. blini) or blintchik (pl. blintchiki) is a type of thin pancakes which typically lacks a leavening agent; blin and blintchick are Russian names for crêpes.

*Once yeast is combined with liquid, it should be kept between 80 to 115 degrees F until cooking to prevent killing the yeast cells.

**Since the dough can be gooey, it's easiest to scoop and drop spoonfuls of dough by twirling the spoon.

**** Clarified butter is unsalted butter that has been slowly melted, separating the milk solids from the liquids. After removing any foam off the top, the golden butter is poured or skimmed off the milky residue. Clarified butter is used to cook at higher temperatures because it has a higher smoke point. 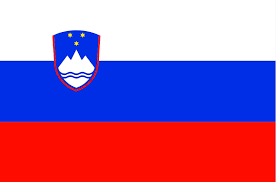